Shooting video is quite different than shooting photos. One interesting thing that I have to deal with at times is frame rate. This is how many frames are taken per second. Most movies shoot at 24 fps, and that’s what I will use at certain parts of the day. Other times I’m shooting at 60 fps, so I can slow down that footage later.

The problem I’ve run into though with my Mavic Pro Drone is that I can’t control everything, so the shutter speed usually jumps up to around 1000. This isn’t the biggest deal, but having a really high shutter speed with video can make everything look too stiff and choppy.

Since I can’t change anything else, the only real way to fix this problem is to use ND filters. You can think of these as sunglasses for a camera. They go over the lens (your eyes) and make the light less intense. This will stop more of the light and I won’t have to raise my shutter speed. 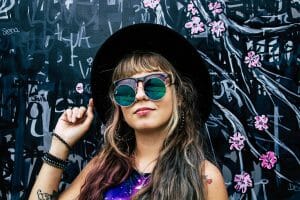 There are tons of options out there for ND filters for the Mavic Pro drone, and honestly, I couldn’t tell the difference between most of them. I ended up buying a cheaper set that had a good rating on Amazon. In the set, I got 4 different ND filters. I believe it was 4,8,16, and 32. The bigger the number the darker the filter and the less light can come through.

When you look at the video hopefully you can see that things look a little different. Make sure to set the player to HD to get the best picture possible.

When I watch it, I feel like I can see a difference. The non-ND video looks almost artificial. There’s something about it that doesn’t seem right. The other video looks smoother.

The average person probably won’t notice a difference between the two videos, but I always want to make the best video I can. In the future, I’ll be using these ND filters for the Mavic Pro drone in my wedding films.