It’s been a good six months or so since we switched over from Canon to Sony, and it’s been a blast, but with all change, there is adjustment. At first I had to figure out all the new buttons, menus, and settings. I’m still working on that, but I feel like we’ve gotten things pretty close to perfect. My newest struggle is finding a Sony lens for the Sony A7sii.

One of the immediate issues I had to deal with lenses was what to use and how. Sony is a different mount, so I had to figure out how to make them work. I’ve got a decent amount of Nikon and Canon glass, so I just bought adapters. The Nikon ones were a bit cheaper, and didn’t have any kind of electronic control. You change the aperture by twisting on the adapter. The Canon ones were more expensive but they did work electronically. That means I could change the aperture through the camera. 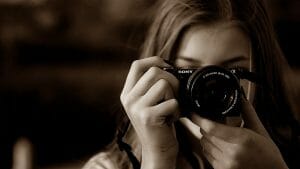 The issue I’ve run into is that one of the Canon adapters is acting up. The camera will freeze up or it will stop adjusting the aperture. As far as I can tell, it’s only one of them, but it has made me very cautious in using them. I’ve thought about getting a cheaper non-electronic adapter, but I don’t think my Canon lenses will work with them because they don’t have the aperture ring. 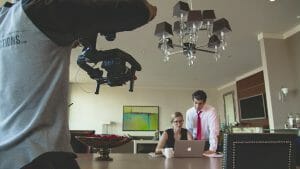 With all of that said, I’ve been looking into getting a Sony lens for the Sony A7sii. It would solve the issues with adapters, and it would also add in autofocus. I don’t think I’d use the autofocus for video, but then it would open up the possibility of using it for photography as well.

Sony doesn’t have nearly as many lenses out there as Nikon or Canon, so I’m a bit limited. The first thought was what focal length do I want? Do I want a zoom or a prime? The majority of the zoom lenses were over $1200, so I’m leaning toward a prime lens. From there, I’m leaning toward a 50mm or something a little wider. I have a decent Canon 85mm and some Nikon 80-200mm lenses, so I don’t think I need anything on the longer spectrum.

This has brought my list down to a few lenses. There’s a Sony 50mm f1.8, Sony 55mm f1.8, Sony 28mm f2, and the Rokinon 50mm f1.8. The cheapest out of these is the first one, the Sony 50mm 1.8. It’s only $200, but I’m not sure on the focusing ability. The reviews say the autofocus is slow. That doesn’t kill the deal because I’m mainly interested in the smoothness of the manual focus. The 55mm is easy to focus and supposed to be extremely sharp, but it’s close to a grand. In between all of that you have the other lenses.

I’m really not sure which Sony Lens for the Sony A7sii I’ll go with. I really need to try each one out since I’ll mainly be using it for manual focus before I decide. Who knows, maybe I’ll just stick with what I have and make it work. I’ll make sure to write an update with any decisions I make.