The Difficulties of Being a Wedding Videographer

First off, the actual shooting process with video is harder to do. With photography, you only have to capture one moment and you’re good. This means if they sneeze right after or someone walks in front of me, I’m good as long as I get that one moment. With video, you have to capture a string of moments without weird faces or interruptions.

To make things even more difficult, with video you have to keep the camera relatively stable. With photography, I can just hand hold the camera without any problems. With video, I usually am using a monopod or tripod to keep the camera stable. Many of the newer cameras have stabilization in the body or lens, but it still can be a struggle to not have shake. 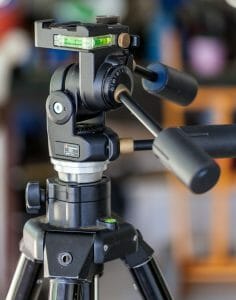 I think the biggest thing that scared me when I first started shooting video was focusing. Focusing is easy for photo, but most cameras can’t do a good job of autofocusing for video. That means I’ve had to learn how to manually focus over the past few years. It’s kind of fun to do when you get good at it, but still, it can make shooting much harder.

Another issue with shooting is lighting. I love using flash. It’s actually one of my favorite things about being a wedding photographer. Lighting for video is so much different. Again, you are dealing with a string of moments, not just that one instance. That means the light has to be constant. That means it requires more energy (usually plugged into a wall), which can limit where you can put it. People can also get annoyed by having a light blinding them the entire night.

The next big issue is audio. Audio doesn’t matter at all for photos, but it’s a major part of making wedding films. Audio can make or break a film. Capturing it is a lot harder than most people think. The built in microphone on the camera just isn’t going to cut it. Normally we have to put mics on people or plug into the DJ’s board. 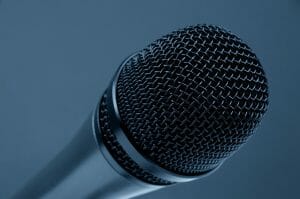 All of this requires more equipment. I have an entire bag dedicated to audio. I’ve got different devices in there and tons of different cords for different outputs.

Maybe it’s just me, but I find the editing process way harder for video. Just going through all the footage really wears me out. I can look through all the photos from a day in an hour, but for video, I basically have to skim through the entire wedding day again. That means I might have to watch 5 hours of footage again. 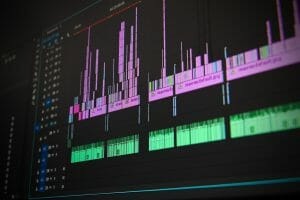 Making corrections is harder as well. There’s a lot of wiggle room with photos. It’s actually kind of scary what I can do with a photo. Video seems to be much more limited. It’s harder to adjust basic things like exposure and white balance without losing quality. Got something distracting in the background? That’s pretty easy to fix in Photoshop for a photo. With video, it’s nearly impossible.

I like a challenge and I like learning new skills. Shooting wedding video has definitely been a learning process over the past four years, but it’s something I’ve really enjoyed. Once I figured out all the difficulties of being a wedding videographer, I’ve been able to adjust and learn to overcome them. I’m sure there’s still plenty for me to learn, so I’ll just keep going and keep improving.