I’ve been on a spending spree lately. First I bought the Sony 50mm, then I bought the Rokinon 50mm, and now I’ve got the Zeiss Batis 85mm! It all started with me simply wanting a native Sony lens because all of my Nikon lenses couldn’t autofocus. Well, the Sony 50mm didn’t impress me. The Rokinon 50mm is a nice lens, but I just don’t really like the focal length, so now I’ve got the Zeiss 85mm, and it blows the other two away! Ok, so this might not really be the best prime lens for Sony cameras as the title says, but it’s the best prime lens that I’ve used so far. END_OF_DOCUMENT_TOKEN_TO_BE_REPLACED

We’ve done a lot of weddings over the past four years, but last week was a first for us. We got the honor of filming the first wedding at the Willow Brooke Farm wedding venue in Huntsville. This was the owner’s daughter’s wedding and we’ll be sharing her video in the future, but for now, I thought I’d focus on this awesome new venue. END_OF_DOCUMENT_TOKEN_TO_BE_REPLACED

END_OF_DOCUMENT_TOKEN_TO_BE_REPLACED

Well, tomorrow I’m scheduled to take my part 107 unmanned aircraft exam, which is basically what I need to fly a drone legally. I’ve been preparing and studying for this exam for several months, so I’m hoping I’ll pass it on my first try, but I never want to be cocky. With all that’s gone into this process, I did have a thought today: do you really need a license to fly a drone? END_OF_DOCUMENT_TOKEN_TO_BE_REPLACED

Well, it’s been a few weeks, but I went ahead and got a new Sony lens like I was talking about earlier. Actually, I’ve gotten two new Sony lens. Crazy, I know. Why would I need two of theses lenses? It wasn’t something I planned on doing, but I’m glad it happened. Initially I purchased the Sony 50mm f1.8 for $200, but I really wasn’t happy with it and waited too long to return it. Then, a few days ago, there was a sale on the Rokinon 50mm f1.4 for $400. I thought I’d share my thoughts on the Sony 50mm f1.8 vs. the Rokinon 50mm f1.4.

END_OF_DOCUMENT_TOKEN_TO_BE_REPLACED 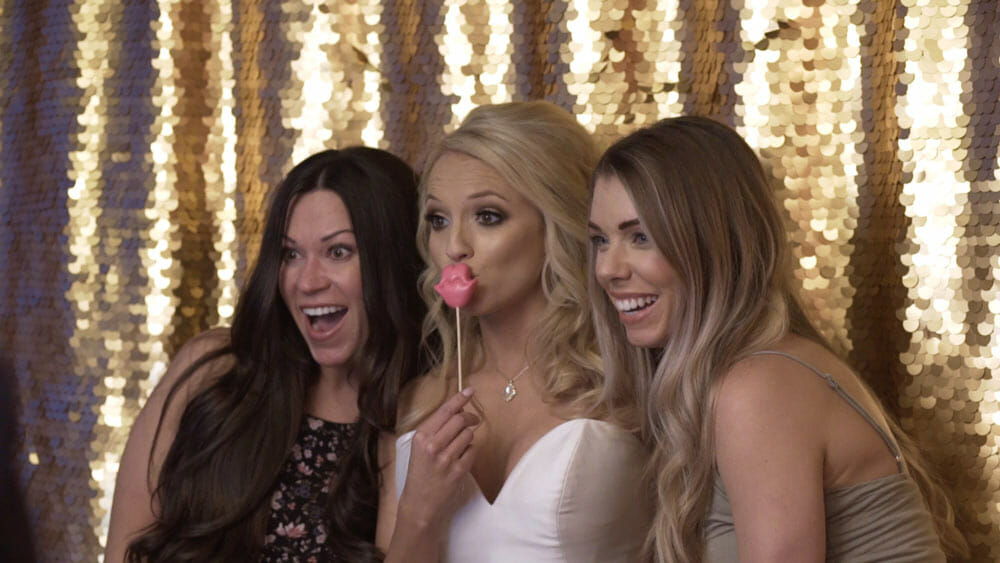 This wedding was fun, fun, fun! The girls were just happy and in a great mood. The flower girl was dancing and performing song from The Greatest Showman before the ceremony, which is one of my favorite movies. The ceremony was full of laughs. The pastor really knew Kelsey, so he had some great insights into marriage, but also some fun things about the couple. My favorite thing was that he asked Kelcey if they needed to run Jonathan off the first time he met him. The reception was a giant dance party and it all ended with a sparkler exit. That’s a lot of fun! 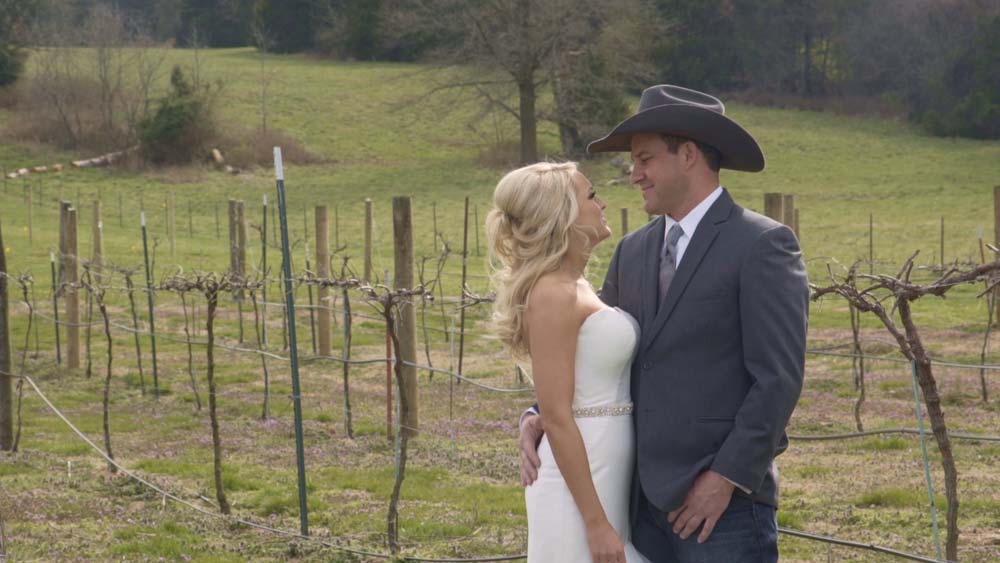 I did try out something new for this wedding film. I created a time lapse video of the outside of the barn at Sassafras Springs Vineyard. I basically sat the camera out in front and let it take photos every 5 seconds for 30 minutes to create a 10 second video.It turned out pretty cool. You can see the clouds moving and the doors quickly opening and closing. It did take awhile to make it. It was definitely worth it and something I’ll be doing in the future.

This was the first wedding film we created this year, and we have so many more coming up. Kelcey and Jonathan’s Sassafras wedding film was awesome, and now I’m pumped and ready to create some more!

I was reading something on Facebook today, and they were discussing using some kind of promo video on a website. These were photographers talking, and the videos seemed to be a focus on who they are and possibly their style and personality. It seems like a good idea. Weddings are personal, so brides are going to want to see what you are like. The video can show off your personality and get people interested in more than just your work. With all of that said, I think I’m going to create a Photographer Promo video for myself in the near future.

The good thing about doing photography and videography is I can do either at any time. Occasionally I’ll need something photography related for films, and other times I’ll need video stuff for photography. Creating a photographer promo video should be relatively easy depending on how in depth I want it to be.

There are a few different ways I could go about it. Some promos I’ve seen are just showing the photographer working and interacting with couples. Others actually have the photographer address the camera and the couples. If I just do it with a quick video of myself talking, that’s easy. I can set up a camera and just hit record and start talking. I’ve made plenty of these videos for other things. 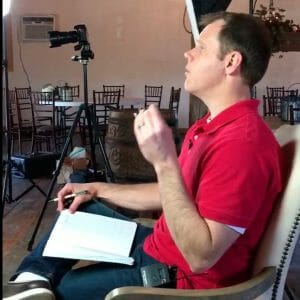 Doing the first option would be harder. It would be hard to control the camera and take photos at the same time, so I’d most likely have to hire someone to make that. I could just set a camera and aim it, but that might be too much work. 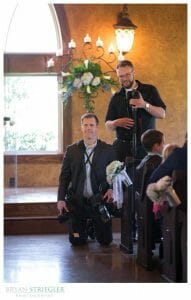 Brides will spend maybe 30 seconds to 2 minutes looking at a photographer’s website before deciding to message them or move on. They will look at a ton of websites and if yours doesn’t stick out, good luck talking to that bride. I will always focus on my photos and making those amazing, but I do think that my personality is part of what I have to offer. If I have a photographer promo video on my site, I think it will be something extra to really put me above others. I just started thinking about this today, but hopefully I can get something created in the next month or so. I’ll make sure to post it when it’s done.

There are a ton of conferences and events that happen throughout the year, and photography and video companies tend to make big announcements during them. Right now NAB is going on, and there have been some interesting announcements. It’s not over yet, but so far I’ve been intrigued by the Blackmagic NAB announcement.

I’m pretty happy with my Sony setup, but it’s always interesting to look at new equipment with the new Blackmagic Design Pocket Cinema Camera 4K. Several years ago Blackmagic came out with the first Pocket Camera, and a good amount of people bought it. There were some issues with seeing the screen outside and battery life, but overall it was a good camera. This new Blackmagic Design Pocket Cinema Camera 4K seems to take things even further.

From briefly looking at the specs, it appears this camera might be awesome! It has 4k at 60fps, 13 stops of dynamic range, and high iso. The sensor is still smaller than what I use, but there are lots of people out there using the smaller sensor and creating amazing work. I think the biggest thing that sticks out is the price. It’s only around $1,300!

The other interesting announcement from Blackmagic is DaVinci Resolve 15. I’ve written a few posts about how much I love this program, and now they’ve got a newer version coming out with even more features. Before, DaVinci Resolve could do the color correction, editing, sound, and producing, but if you wanted to do any kind of motion graphics, you’d have to go to another program. Not anymore! They’ve now made it where you can do basically anything video related in one place.

From what I can tell, there will still be a free version with the updates. They aren’t giving you every single thing for free, of course, but I’m still amazed at what you can do without having to pay a dime. Right now there in the Beta mode, but I’ll switch over to DaVinci Resolve 15 as soon as it releases.

There are still two days left of NAB, so who knows what else will be announced. Maybe another Blackmagic NAB announcement??? For now I’m excited about the new DaVinci Resolve and interested to see what the new Blackmagic Design Pocket Cinema Camera 4K can do.

Over the past 6 months I’ve changed up quite a bit in the way we film weddings. We’ve switched over to Sony and we are now using DaVinci Resolve to edit instead of Adobe Premiere. I feel like things have changed quite a bit. I’ve been able to do adjust our footage so much more than I use to, and I’m loving it! I have started to wonder though, is it the new cameras or the new program? I decided to do a little test to compare video footage from Sony, Nikon, and Canon.

It was really interesting how different each camera was. Some were at ISO 200 and the other around 800. The white balances were also very different as you can see from the first photo and the first part of the video. They were all set at 4000k but they look very different.

I brought these into DaVinci Resolve and put them side by side. The first section of the video just shows how each one looked out of camera. I thought I had the exposure set lower for the Sony, but I guess I messed up somewhere. 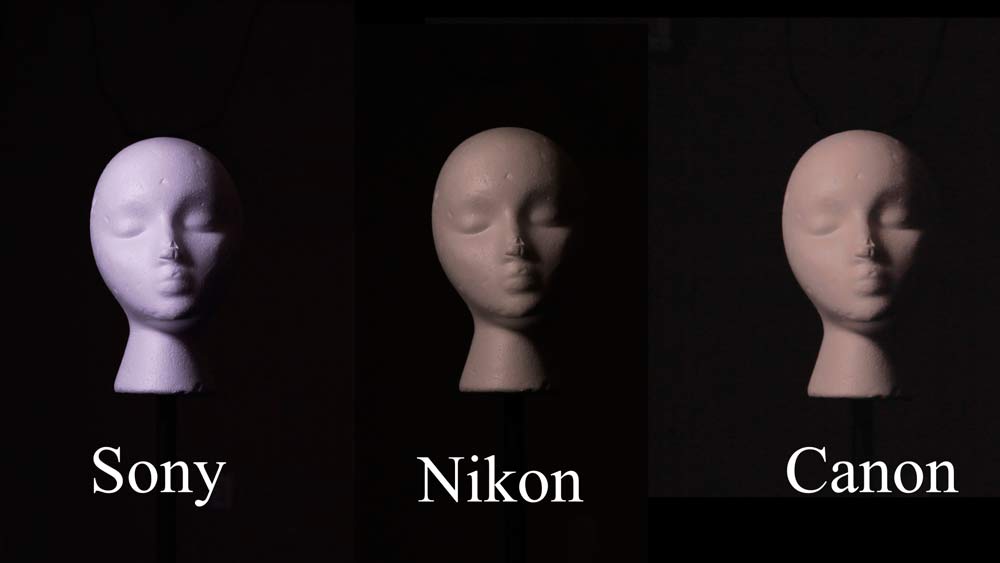 The next thing I did was I did a quick correct on the Sony video. It wasn’t perfect but I got the exposure closer and I adjusted the White Balance some. I then just copied and pasted the settings to the others to see how close it would be. It wasn’t. I kind of already knew that because the exposures weren’t the same and neither was the White Balance. 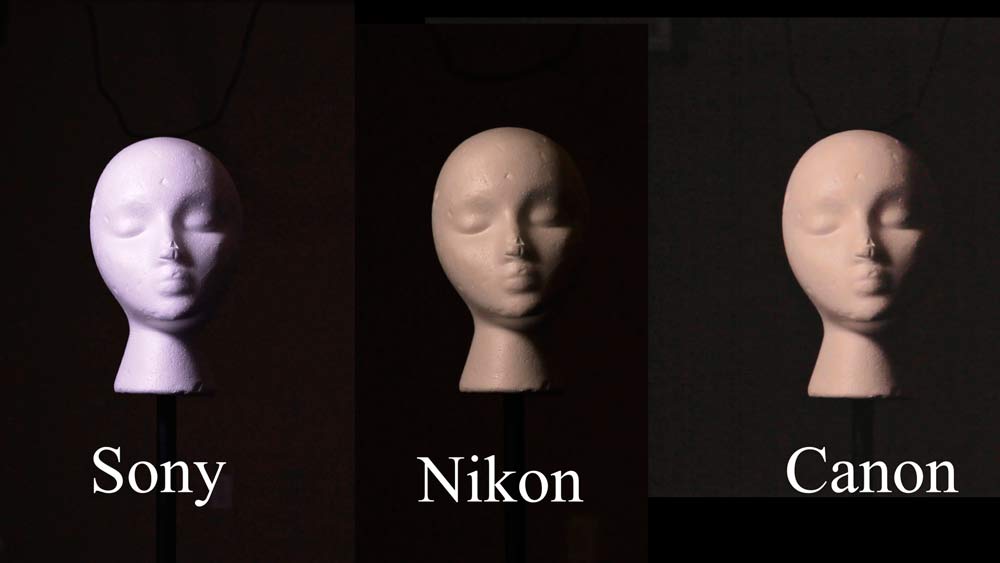 I then set everything back to normal and went ahead and edited each video individually to try to make them match. I had to do different things for each clip. Some required the midtones be raised and others I added more contrast. In the end, I think I got them relatively close. 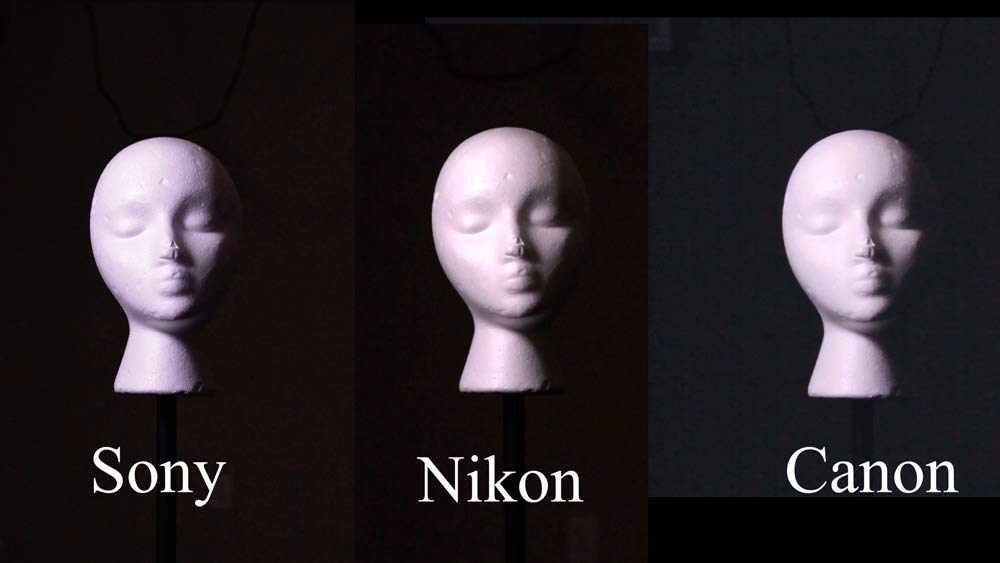 Just from the quick test, it seems that a lot of the changes might have to do with the editing software we were using. The Canon video definitely didn’t hold up as well as the others, but this is a lower end Canon. I think I would have been able to do more with Canon in the past if I had used DaVinci.

It’s always interesting to see what you’ll find out when you do a test. This test to compare video footage from Sony, Nikon, and Canon wasn’t perfect by any means, but I was surprised that the two non-Sony cameras held up as well as they did. I still think Sony is the easiest to edit and use out of the 3, but the other two weren’t as far behind as I thought.